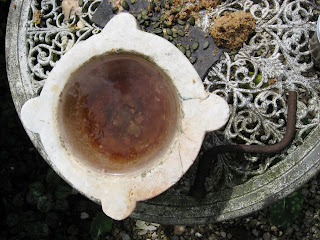 A philosophical stalemate has appeared on the horizon. The debate reflects back and forth across the aisles of Parliaments and Congresses alike. Why bother ? For an ever growing number the argument is over and the answer is as clear as clean water.

Western governments, in their narrow spectrum, left vs. right paradigm, like to mull over facts and figures like tax cuts, interest rates and other obscure financial mechanisms claiming that their specific policy will find a way out of the collapse of this epic global economic debacle.

According to Robert Jensen, professor of journalism at the University of Texas,

"We aren’t facing a temporary downturn caused by a burst bubble but instead are moving into a new phase in the permanent decline of a system that has never met the human needs of most people and never will. It's time to start imagining and building an economics based on production and distribution for real human needs, rejecting the corrosive greed that underlies not only the obscene profits hoarded by the few but also the orgiastic consumption pursued by the many."

Watching the way retailers and to some extent, governments, have been falling over themselves to try to get the populace spending the the holiday season it's difficult to not concur with him. It seems that we're trapped in a structure that defines us purely as raw units of commerce and ultimately slaves to the massive entities that exist solely to make as much profit as possible.

In other words, we're buying into a massive con. We're on a treadmill to nowhere.

The recent foundering and attempted salvage of the Western banking fleet is a prime example, if you'll pardon the pun. The recent pleas for emergency funding from the automotive manufacturers in the US even more profoundly illustrates the point. In this case, these companies could have spent their time developing more efficient vehicles instead of trying to sell huge gas wasting behemoths in collusion with the oil industry. These jalopies, and the gas that fuels them, was promoted to the detriment of more environmentally sound public transport.

David Morris, an economist also, perhaps ironically , from Texas, put it this way.

"The system requires careful management and regulation by someone who doesn't stand to gain from ripping the rest of us off. We are all socialists, whether we like it or not. The only choice you have is what kind of socialism you want to live under. You can choose to support a socialism that calls itself capitalist until the profits run out, and begs a loan from the public, or you can create policies that recognize how much we all depend on one another, and that seek to help us work together for a secure society."

The word "socialism" has been tossed, ridiculed and exiled from the political conversation but it is clear from recent events that the nations which make the choices towards sustainable, fair and more balanced economies will be the vanguard of the future and the guardians of the world's survival.

Posted by Clayton Denwood at 14:41 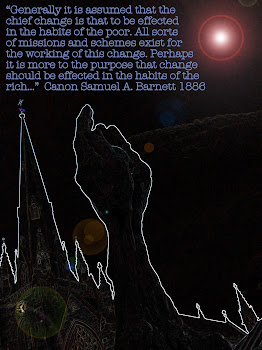